From 1946 to 1951 comic book artist Irving Novick (most famous for his rendition of Batman in the seventies, I guess) drew the newspapersoap opera strip Cynthia. That is quite a respectable run and although it was based on the succes of Mary Worth, the specific nature of this strip predates the emergence of the romance comics 'initiated' by Joe Simon and Jack Kirby. No one works in a vacuum (except for dust mites).

In 1951 the strip was first taken over by Milt Luros and later changed into an adventure strip called Roger Lincoln, S-man. At least, that much is commonly known about the strip. But there is more. First of, the changeover from Novick to Luros doesn't seem to have been as clear cut as it seems. As you can see from these samples from the last months of Cynthia and the first onths of Roger Lincoln, Novick gave over the daily strip first and the Sunday later. This may have had t do with the lead time in production, but the gap is just a little bit to wide for that. Additionally, there seems to have been a paeriod where Novick was relived by another artist altogether.

And, more importantly, while RogerLincoln was started as an adventure strip about some sort of G-Man (an S-Man, whatever that means), somewhere between May and November it was changed to a science fiction adventure. Like Sceret Agent X around the same time, Roger Lincoln was suddenly called to a space station to solve crime there. This remained the theme to the end of the strip, which I will cover next week. 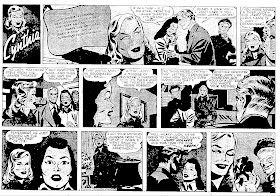 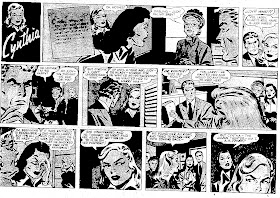 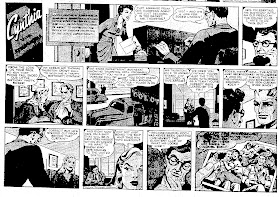 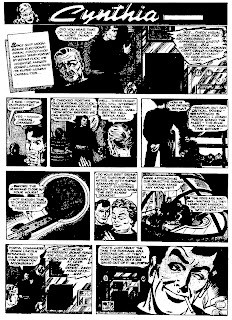 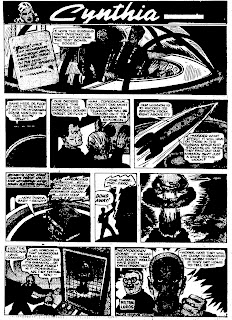 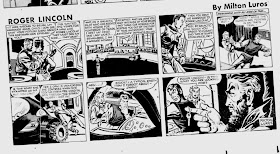